Contestants announced for the finals!

Here are your orthographers for the November 27th finals, in alphabetical order, of course:

TOM BENDER is producing a documentary about a Witch School in rural Illinois.

WARREN BLOOM, 33, is the music teacher at PS/MS 27 in Red Hook, went to Burning Man twice, and sings and beatboxes by night.

MARTHA BURZYNSKI is a freelance writer and was referred to as the closest thing to Holly Golightly, without the whoring, in print recently.

KIERA BUTLER works at a magazine and enjoys the family drama Seventh Heaven.

CLAUDIA CARRERA, 22, is an aspiring musicologist who lives in Williamsburg and works for an East Harlem non-profit.

JOSEPH GALLUCCI is 22, works at his school's library, and is fond of disco, brightly-colored socks and movie musicals.

ACACIA GRADDY-GAMEL, 25, works as an editorial associate at a non-profit when she's not busy freelancing in film post-production.

CARA KINSEY, 26, is an otaku by mid-morning and a mild mannered librarian by tea time, with hopes of becoming a trophy wife by night.

JONATHAN LILL is an archivist in an art museum and just slightly less obsessive about spelling than he is about crosswords.

BRAD RAPPAPORT, 30, currently living in Greenpoint, Brooklyn and raised in Long Island, New York, worked until recently as an evaluator of foreign academic credentials, and retains an interest in Frankfurt school critical theory that he developed in college and graduate school.

CLAUDIA WEINSTOCK just graduated from college and spends her days trying to figure out what she wants to do with the rest of her life.

VICKY WONG is a fine-art shipper by trade and a glutton-extraordinaire by nature.

How exactly does one spell "It's already been broughten?"
Posted by Jordan Taft at 10:18 AM 1 comment: 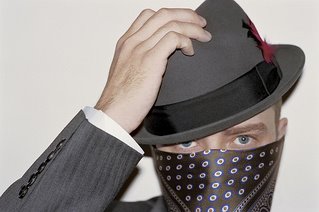 The Williamsburg Spelling Bee Finals will be held on:

Top three winners from the past season's twice-monthly bees are eligible to compete. In between the rounds, short audience-participation contests (such as spelling backwards, speed-spelling, etc.) will be open to anyone.

We're bringing spelling back.
The bee will kill you for the words you lack.
Most other people just don't have the knack.
But here in Brooklyn we pick up the slack.
Posted by Jordan Taft at 9:02 AM 2 comments:

...the bar game of choice for self-proclaimed geeks and well-groomed lovers of logorrhea."
- The Village Voice "...go for the cold drinks and the inevitable laughs derived from watching a person who is tipsy try to spell trichotillomania."
- The New York Times

The Williamsburg Spelling Bee Appears In...